The phrase is Gen Z’s dismissive riposte to Baby Boomers and other older folks.

“Moment merch” has been used to do everything from champion social justice issues and convey political messaging to capitalize on hot topics in sports and entertainment. 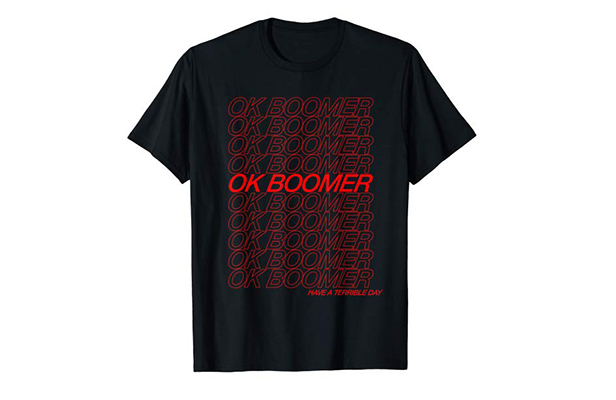 Now, the moment merch phenomenon, which involves translating topics trending in the public discourse into imprinted merchandise, is at the center of the generational divide between Gen Z and its older counterparts, particularly Baby Boomers.

The phrase “OK Boomer” is being blazoned across everything from T-shirts, hooded sweatshirts and socks to stickers, mugs, phone cases, buttons, throw pillows and more. 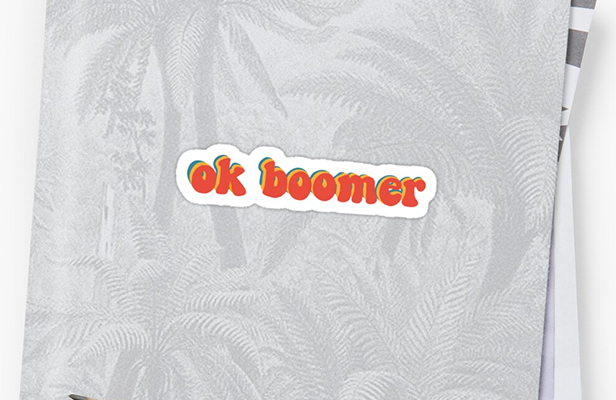 Gen Z, the generation that’s just younger than Millennials, is using the phrase as a dismissive riposte to older age groups. “OK Boomer” is a way for so-called “Zoomers” to express their frustration at what they see as the negative state of the world they’re coming of age in – a world they blame Boomers and other older folks for creating. Furthermore, it’s a sarcastic, eye-rolling response to what Gen Zers feel is the constant unfair criticism that Boomers and others over 30 hurl at them. 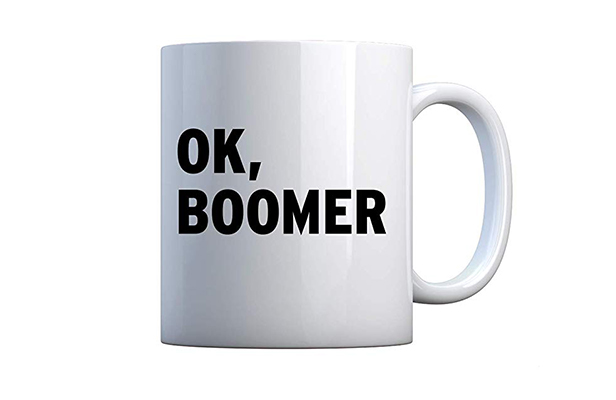 Interestingly, young entrepreneurs are cashing in on the popularity of the generational retort by printing it all over merchandise that they’re then retailing to like-minded peers. The New York Times, for instance, reported that one 19-year-old woman, Shannon O’Connor, has captured more than $10,000 in orders from her online store, which sells apparel bearing the “OK Boomer” line. Similarly, 18-year-old Nina Kasman told the Times that she intends to use the money she’s earning from selling “OK Boomer” merch to help pay her college tuition. 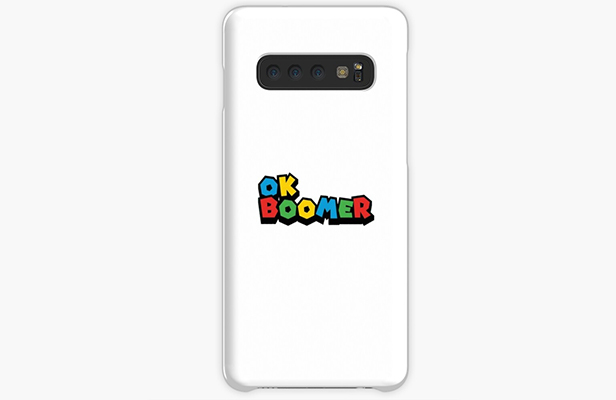 In an ironic twist, Gen Z biting its thumb at Baby Boomers is very much mirroring what the Baby Boomers themselves did when they were young. Many of that generation grew up rebelling against the status quo and the Vietnam War, while espousing things like “never trust anyone over 30.”

From a purely merch perspective, it’s interesting to see how brandable products have become a platform for voicing intergenerational strife. Promotional product distributors might look for opportunities to tap into the trend in end-client and self-promotional merch initiatives aimed at younger audiences.