Warning: Blindingly bright fashion ahead. From slime green to highlighter yellow, striking fluorescent hues are glaring down runways and beaming from closets, all while serving up some serious ’80s flashbacks. Loud, eye-catching neon is back, and it’s not just for ravers anymore.

Neon first became trendy 30-plus years ago, when outrageously colored workout apparel and rave attire dominated. Today, the bold, radical color trend has grabbed the attention of major designers such as Dior and Carolina Herrera. 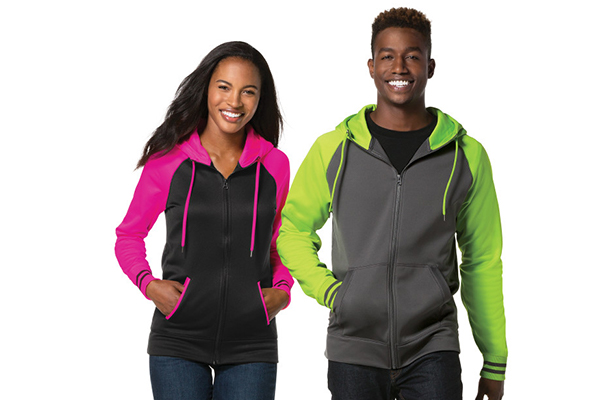 Bright colors are especially hot with young people, who often wear neon to concerts and festivals, according to Jason Murphy, part of SanMar’s decorator relations team. But as the Queen herself has shown, this is a trend that can be worn by everyone. “It’s all about creating the right looks with mixing in colors that balance out,” says Genevieve Lopez of Next Level Apparel (asi/73867).

People reach for neon when they want to make a statement. Neon screams, “Look at me!” without uttering a single word. Which is why in 1930s, the U.S. Army enlisted magician Bob Switzer to create fluorescent clothing.

That’s right, fashionista; long before Kim Kardashian started lighting up the fashion scene in lime-green dresses, fluorescent clothing was worn not for fashion, but for safety. Made to help prevent friendly fire in combat, high-visibility clothing is still sported by construction workers and crossing guards, so that they’re visible in any background.

It’s safe to say that neon is the hottest color trend of the moment, but how can you incorporate the trend in a promotion? Try easing customers into the idea by recommending a neon screen print, rather than going straight for a bright fabric, Lopez says. She suggests using a fluorescent pigment ink on a 100% cotton shirt. But avoid the temptation to overcompensate for the fluorescence. “Overcompensating will affect the final product leading to a very thick ink print,” Lopez says.

The key to decorating on neon fabrics themselves, Murphy says, is to use low-cure, low-bleed inks or transfers. And be sure to give the prints ample time to cool. “Try to avoid hot stacking,” he adds. “Hot shirts folding over on themselves can create zebra striping.” And animal prints are a totally different trend to chase! 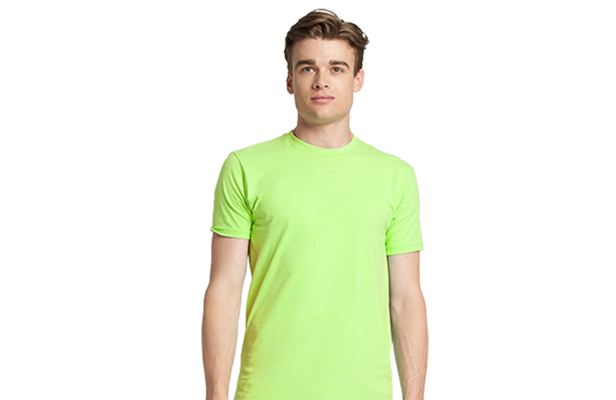 This heather green crew neck (6210) from Next Level offers a slightly muted take on neon. 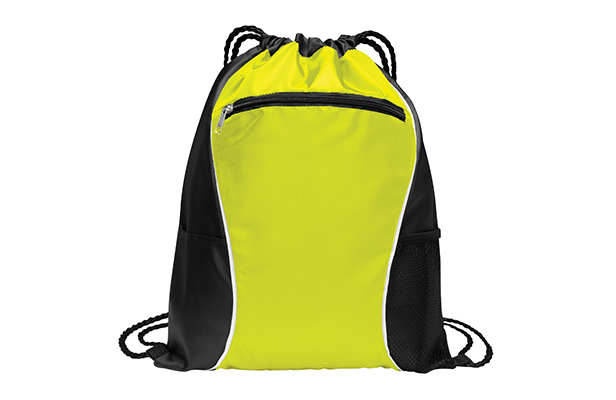