Whether they’re stainless steel or silicone, the year’s hottest product trend on land has its roots deep in the sea.

While many zeitgeist-y movements are kick-started by fashion, pop culture or people with the last name Kardashian, the driver of this year’s biggest product trend has a less auspicious – and way more interesting – origin: a sea turtle’s nostril.

Back in 2015, a young marine biologist studying in Costa Rica shot a video of her team removing a plastic straw impacted up a sea turtle’s nasal cavity. The 8-minute video, which went viral and currently has over 38 million views on YouTube, moved viewers because the straw had to be gingerly taken out with pliers as the turtle was clearly in distress. Predictably, outrage ensued. This, coupled with the influence of the millennial and Gen Z demographics’ embrace of sustainability and visceral aversion to single-use plastics, generated a wave of plastic straw-shunning. 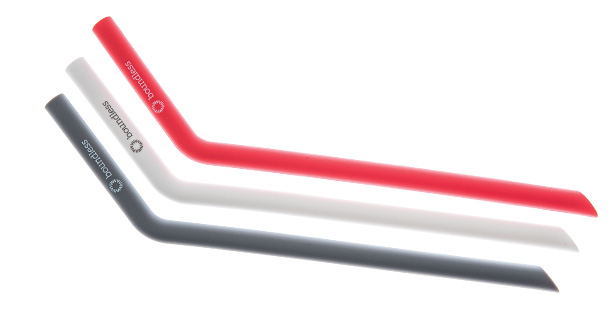 Counselor Top 40 distributor Boundless did a direct mail piece to clients and prospects with the tagline “Sip Sustainably,” which garnered interest among recipients looking to promote the use of reusable – in this case, silicon – straws.

Soon, brands like Starbucks and American Airlines, as well as restaurants across America and in Europe, started foregoing the ubiquitous red- and blue-striped plastic tubes, encouraging consumers to find alternate methods that reduce plastic usage and lessen the impact on the environment.

Distributors in the industry aren’t terribly surprised. “Clients who order these items are using them as a marketing tool for being a ‘renewable’ company more than practicality,” says Amy Wolf, founder and CEO of the distributor evo3 marketing (asi/190628) based just outside Seattle. “But yes, they’re shown and requested more for smaller-budget items.”

Nicole McNamee, managing director of global accounts for Top 40 distributor Boundless (asi/143717), points out that geography is playing a big role in the demand for reusable metal and silicon straws. “I’m in the middle part of the U.S. in Memphis, TN,” she says.

“In my local market, we’re not seeing much of an increase in requests for reusable straws. I think it will come, but the trends start on the coasts and work inward. For example, my largest client is Carnival Corporation with headquarters in Seattle, Santa Clarita and Miami. With these three locations there’s an absolute uptick for requests (and in some cases, required by law) to ditch the one-time use straws.”

And just because this story started with a sea creature, don’t discount couture as an impetus behind the trend. “The retail/fashion industry is probably the biggest buyer of these products from us,” says Michael Scott Cohen, CEO of the NYC-based distributor Harper + Scott (asi/220052). “It’s not just about the product though; we’re helping construct the story behind why they’re giving away a reusable/sustainable product.”

For that, the turtles of the world can breathe a sigh of relief.