Demand for branded totes is forecast to rise among retailers, according to a just-released report from Adweek. Though the increase in single-use plastic bag bans has often been the impetus for the growth, certain high-profile brands are also making the most of what they see as an excellent marketing opportunity, Adweek reports.

“Smart retailers have turned plastic bag bans from potential pain point to branded billboards that travel into every shopper’s home and stay out of the trash,” Bob Phibbs, CEO of consultancy The Retail Doctor, told Adweek Senior Editor Robert Klara.

“It’s a great way to remind the consumer of that store before they leave the house again, and it’s so much better than generic, flimsy and polluting plastic bags.” 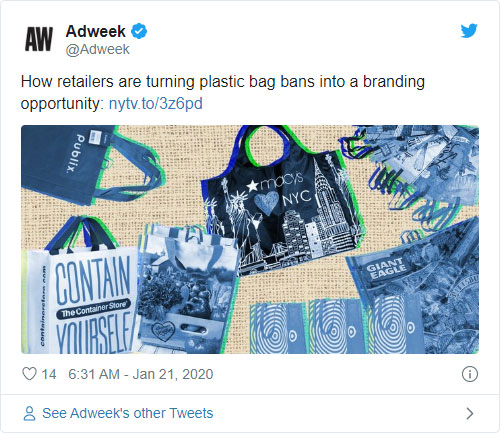 As Phibbs’ analysis suggests, prohibitions on single-use plastic bags helps drive demanded for branded alternatives, like logoed tote bags. That could be good for the promotional products industry, with savvy promo distributors capitalizing and increasing sales of branded reusable bags.

Spotlighting other examples from Macy’s, Target and more, Klara notes that southeastern grocery chain Publix, with its 1,100 stores, has a collection of 14 reusable bag styles. Late last year, a branded tote from The Fresh Market went viral as a result of an attorney using it to carry documents to a hearing related to the potential impeachment of President Donald Trump. 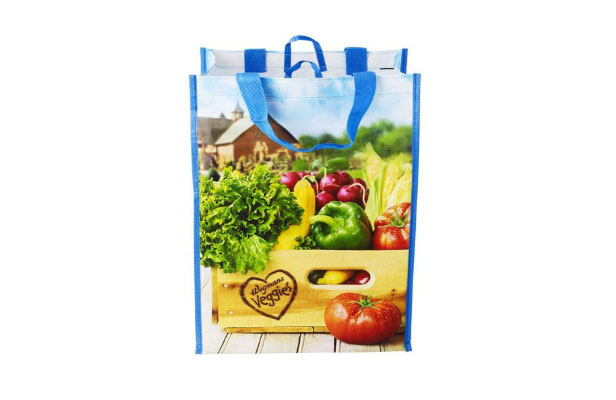 A growing number of municipalities, cities and states, as well as countries, are considering or actively trying to ban single-use plastic bags. For example: Providence, RI, recently enacted prohibitions on the bags. The motivation is environmental. Ban proponents say the bags present a threat to wildlife and natural habitat, while also generating litter and pollution.

The world produces more than 300 million tons of plastic each year, according to Statista, and scientists estimate that up to 91% of plastic is never recycled. The average American family reportedly uses 1,500 plastic bags annually.